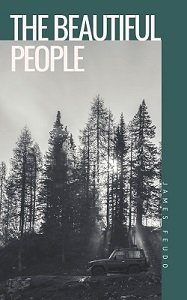 Chemical researcher Ben LeCosa is recruited by his friend, Steve Gibson, to help research a grisly murder. The victim’s body bears a striking resemblance to the way their college roommate was found nearly two decades ago: the head and limbs in place, but the torso missing.

Things begin to take a strange turn when both receive late night phone calls from a mysterious stranger looking for help on a similar case. Little does Ben know that a religious cult is watching him with the hope that he can recover an object that has been missing for nearly 20 years. An object they desperately need to execute their diabolical plan.

As events unfold, Ben, along with his wife, Marcy, and Steve get pulled into a game of cat and mouse where their lives are at stake. What is this mysterious object? Do events from Ben’s recurring nightmares hold clues to its whereabouts, or the secret society that they’re on the run from? It’s a race against time as each answer they find only leads to more questions.

The Rest of the Story:

The idea for this story came to me from a series of dreams I had in 2008. I’ve always been interested in conspiracy theory and religion which is where many elements of this book come from. I originally planned this as a standalone novel, where Ben and his wife Lynne (that’s where Marcy’s middle name came from) were trying to escape a religious cult that their neighbors were in.

I struggled with the original plot as the chases and details about the cult were the only parts that came easily to me.  So I set it aside to work on an idea I had for a trilogy based on the War in Heaven from Revelation 12:7. As I started working on the new series, I realized that the this book, with some minor modifications, provides a great lead-in for the series. So even though this book comes to an end, there’s much more to the story…