NaNoWriMo – Why you should try it 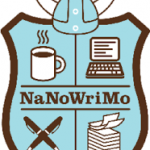 I first discovered NaNoWriMo in November of 2011. Many of my author friends were tweeting about it so I just had to check it out. The point of NaNoWriMo (National Novel Writing Month) is to create a 50,000 word novel during November. You could start with ideas and notes, but you couldn’t finish a book you had already started. Unfortunately, it was close to Thanksgiving so there was no way I could participate in it at that time. But I swore I would participate in it the next time.

Flash forward to November of 2012 and it was time to rock! “The Beautiful People” was already in progress so I couldn’t work on that. However, I had another idea for a book trilogy that had I made notes on for years. It was at that moment where I came up with the idea that The Beautiful People would be a great prequel for the trilogy. I know I did things a little out of order, but sometimes you have to break the rules. “The Beautiful People” took me over four years to get to 50,000 words. Could it I write a similar sized book in a month? I guess it was time to find out. So I was excited and gave it my all. I was not, and still am not, a full time writer. So I had both personal and professional obligations, including a 45-50 hour per week job, that I needed to balance. There were a lot of reasons, actually excuses, to not bother with it. But I’m glad I did it anyway. I only got to just over 35,000 words. But that was 35,000 words more than what I had at the beginning of the month. That still untitled book is now over 41,000 words – less than half the amount in “The Beautiful People”. I’ve taken several passes through it, including as recently as this past January. I’m planning on releasing it in early 2021.

I spent some time after NaNoWriMo cleaning up both stories. It was exciting to see them come to life, so I’d work on them whenever I had free time. When November came along, I felt like a pro and was ready to go. Even though “The Beautiful People” and it’s sequel were still in progress, I created the next book in the series with the working title “Wicked.” This is my favorite story in the series even though it’s the most sad. But I loved every day working on it, determined to hit the 50,000 words so I could win. I ended up falling short – 37,000+ words. But again, that was 37,000 words more than I had the beginning of the month. At the risk of giving away spoilers, I did some things with that book that I swore I’d never do. I like happy endings so a lot of my writing prior to this had everything work out in the end. My early writing was a like a kid’s TV show – everyone is happy at the end. But this was different. I killed off a lot of characters, including one of the major ones. I paused and had a moment of silence when I wrote those words. A flood of emotions overtook me as I typed. I had made the decision to kill off this particular character a few weeks prior to this. But there was something so final about seeing it on my screen. I still get chills when I think about it.

This was the year where I planned to finally make some decisions as to how the saga will end. It was finally time for me to work on the third, and final, book of the trilogy. I had envisioned the final scene of this story several times. But getting to that scene was a challenge. I had some high level ideas, but I struggled to connect everything together. I knew that Act 1 would focus on one of the main character’s growth and Act 2 would focus on the final conflict of the series. But it was a challenge for me to dig deeper into these ideas. It felt like I had more questions than answers. I walked away with less than 8000 words that month. But again, I had worked out a number of key points in the overall story during this process. The story, even today, needs a lot of work. There were a number of parts of the story where a sentence or paragraph served as placeholders for what should have been one or more chapters. But there’s something about just getting to end that feels refreshing. I walked away from that experience feeling excited that I actually got to “the end.”

I didn’t formally participate in NaNoWriMo this year, but I did do a lot of writing. While I had plans for a fifth book in the series, I didn’t have any solid ideas for the plot. I also just didn’t feel like writing another novel until I finished the first four. So I decided to use the month to finish off the stories that I had started. I probably wrote more that year than any of the three prior Novembers. One cool thing about this approach was that I would make an update in one story and that would inspire me to put something in another. Or, I would fix something that required me to update all four books. It was definitely a different way to approach things. So while I didn’t formally participate, I got into the habit of writing daily. I used a similar habit this past May to bring “The Beautiful People” over the finish line. It’s sometimes as easy as setting a goal to write every day. You do an hour, half an hour, or even ten minutes. But the key is to write every day. You’ll not only get through your book, but you’ll become a better writer.

I highly recommend participating in NaNoWriMo as it’ll force you to start writing. You might not be able to do 1700 words per day. But even if you write only 100 words per day, you’ll have 3000 words more than you did at the beginning of the month. Just write. Keeping pushing your way through the novel. If you don’t know what’s going to happen next, add a phrase like “a lot of stuff is going to happen” and get back to it. Just keep moving forward.
FacebookTweetPinLikeLinkedInPrintEmail
Published inNaNoWriMoWriting

Share this ArticleLike this article? Email it to a friend!
Email sent!